This afternoon, YB Tengku Adnan Tengku Mansor, the Secretary General of Barisan Nasional has made a few proposals to the media with regard to the issues between MIC and the Registrar of Societies (ROS). These proposals are indeed very disturbing, to say the least.

I, as the President of MIC, am not willing to let third parties (Barisan Nasional) to run our beloved Party. The Deputy President of MIC may be willing to allow third parties to run MIC and lose our self dignity and respect but I will not. We have our Party Constitution and relevant Bye-Laws to run the Party and conduct Party elections, if need be, and any other course of action as proposed would be illegal, null and void.

I also owe it to the members of MIC who are the grass-root supporters, Branch, Divisional Congresses, State Liaison Committee as well as National level Leaders of MIC not to allow this grave act of injustice to take place.

I had very clearly said in the Press Conference held on Saturday that the ROS has no powers under the law to act or to make decisions and giving directives as they have been doing with MIC recently. I have said enough about this in all my previous press statements and I do not wish to repeat them again. ROS officers have no business attending the illegal meeting held on last Friday. Now, it is announced that a so-called Barisan Nasional Secretariat conduct MIC Party elections. This is totally unacceptable.

The directive to appoint the 2009 elected Central Working Committee (CWC) of MIC as the Interim CWC and taking away my express powers of appointment as embodied in the MIC Constitution is a grave injustice and clearly undermining the Constitution of a Registered Society under the Societies Act, 1966. Let it also not be forgotten that the 2013 MIC elections were conducted by the very same 2009 CWC which were challenged by the various parties and has brought to the current situation of the Party. Tan Sri Kumaran was in fact the Returning Officer of the Election Committee that conducted the 2013 elections. Going back to appoint the very same 2009 CWC makes a mockery of the entire situation.

As I had stated in my Press Conference on Saturday, ROS cannot in any way nullify my election as the President of MIC which was not held during the General Meeting but by the Branch Chairmen of MIC as provided for in the MIC Constitution. Most importantly, I was returned unopposed. In other words, there was no other candidate nominated for the post of President. Therefore, I am the duly elected President of MIC which cannot be questioned by ROS. My powers as enshrined in the MIC Constitution cannot be taken away by anyone including ROS.

I reiterate once again that ROS has no such powers to decide that the 2009 elected CWC members will form the Interim CWC of MIC for the purposes of the fresh elections. In fact, such decision is illegal, null and void.

Though I had given a deadline of Tuesday, 17 February 2015 for ROS to withdraw all its directives, the announcements made by YB Tengku Adnan today makes it unnecessary to wait until then. I have instructed the lawyers to file the necessary Court papers to challenge the decision and acts of ROS.

I am still shocked that the Deputy President can agree, in my absence, to let others run MIC. It is totally disgusting the extent that one can go to further one’s political agenda. 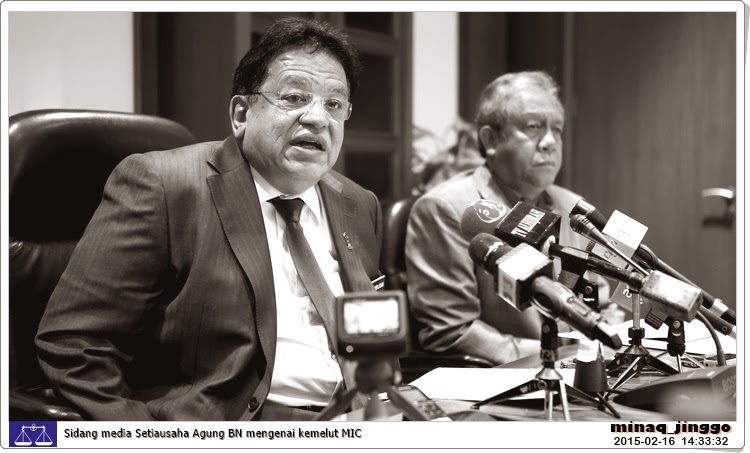 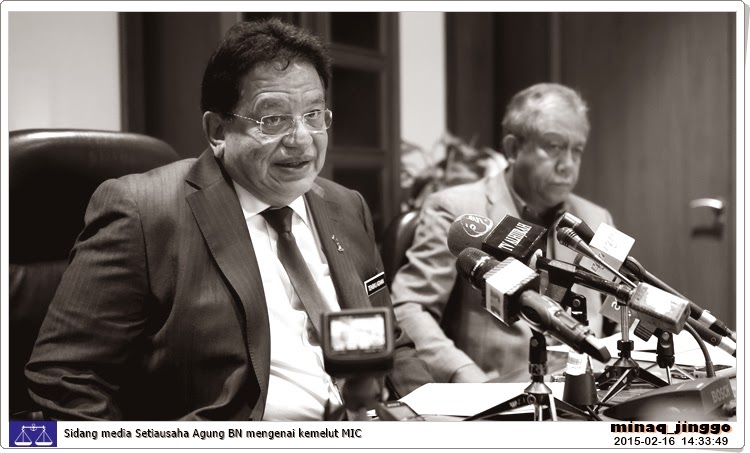 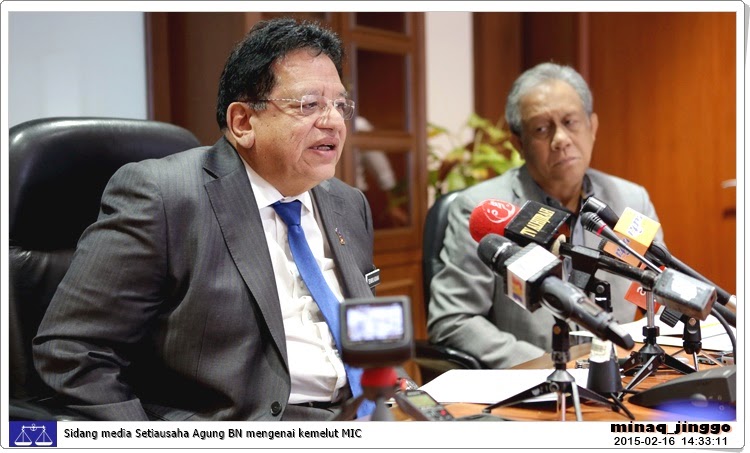